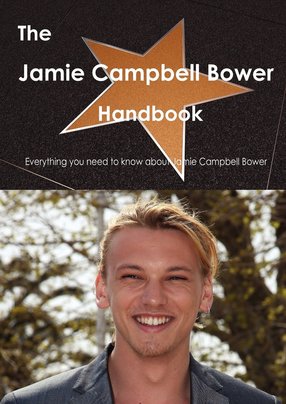 Jamie Campbell Bower was born in (Nov , 22 - 1988).Jamie Campbell Bower is an English actor, singer, and model. Jamie Campbell Bower  is best known for his roles as Anthony Hope in Sweeney Todd: The Demon Barber of Fleet Street, Caius in The Twilight Saga, King Arthur in the Starz series Camelot, the young Gellert Grindelwald in Harry Potter and the Deathly Hallows – Part 1, and Jace Wayland in The Mortal Instruments: City of Bones.

Jamie Campbell Bower  was born in London . Jamie  mother, Anne Elizabeth (née Roseberry), is a music manager, and his father, David Bower, works for the Gibson Guitar Corporation . Jamie maternal great-great-great-great-grandfather was Sir John Campbell, of Airds, Lieutenant Governor of Saint Vincent and the Grenadines . Jamie attended Bedales School, a co-educational independent school in Hampshire, and is a former member of the National Youth Music Theatre and the National Youth Theatre.

Jamie Campbell Bower began his professional career when his friend Laura Michelle Kelly, recommended him to her agent.In addition to acting, Jamie is also the lead singer in a band with the name of The Darling Buds, although this is a different band from The Darling Buds, popular in the 1980s and 1990s. Jamie was a part-time model with Select Model Management in London. Jamie played Rocker in the film RocknRolla and Jack in Winter in Wartime. Jamie starred in the 2009 remake of the series The Prisoner as Number 11-12.


Also in 2009, Jamie played the vampire Caius Volturi in the film The Twilight Saga: New Moon and both Twilight: Breaking Dawn films. Jamie appeared as the younger Gellert Grindelwald, the dark wizard defeated by Albus Dumbledore, in the 2010 Harry Potter and the Deathly Hallows – Part 1. Jamie played King Arthur in the 2011 television series Camelot. In 2010, he starred in the music video for "Young (Belane)" by The Xcerts.


In 2012, Jamie appeared in the music video for "Never Let Me Go" by Florence + The Machine. Jamie played Jace Wayland in The Mortal Instruments: City of Bones, the film adaption of The Mortal Instruments series, by Cassandra Clare. In December 2013,Jamie Bower joined the cast of Burberry's Campaign Stars for spring/summer 2014.Jamie Bower claimed at the Burberry show at London Fashion Week that his band, The Darling Buds, will be releasing their EP in mid-2014.

In June 2015, Jamie Bower will begin playing the role of Joe, in the new West End musical Bend It Like Beckham.